Admittedly, this post is not exactly a timely one as Women’s Day occurred on March 8th and Soldier Day happened March 18th. Last term was a bit of a whirlwind, and spring break was spent planning for the final term of the academic year. Once fourth term started, I’ve been trying to figure out maternity leave and baby stuff, so yeah…

Anyway, Women’s Day is similar to the US Mother’s Day, although it celebrates all women–mothers or not. Soldier Day is a bit of an equivalent to Father’s Day, but again, it celebrates all men–not just fathers. (And some of our female students complained this year that not all soldiers are men, but this is more or less the distinction between the two holidays.) 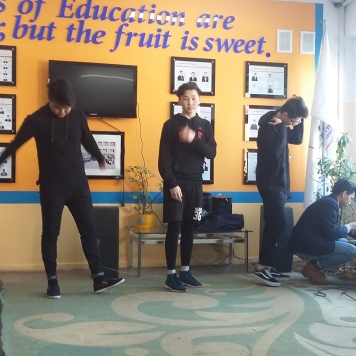 Then after work, we headed up to an event center past Zaisan for a special dinner (khorkhog) and karaoke! 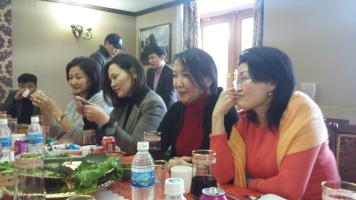 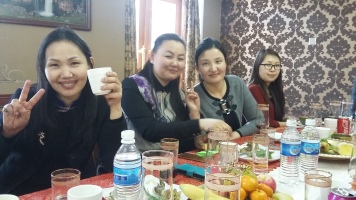 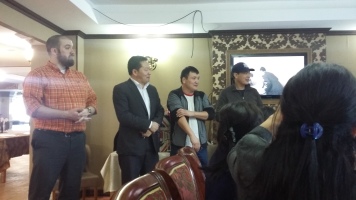 To explain what I’m doing in the top right picture…khorkhog is roasted sheep that is cooked along with stones. The stones help distribute the heat better (I assume) and make for a better cooked, more tender meat. (Seriously, it’s so good!) When the khorkhog is served, people pass around the hot stones and hold–or quickly pass them back and forth between their hands–as it is thought to be healthy. It certainly helps with circulation! Because I’m pregnant, I got a stone of my very own and was encouraged to keep it for as long as I could. Eventually, my hands adjusted to the heat. 😉

Soldier’s Day occurred when we were at camp in the countryside. Again, there were student performances as well as camp counselor performances and even our staff/faculty got in on the fun. (Eric too!) After the general get together, the teachers left for their own celebration. It was a lot of fun! 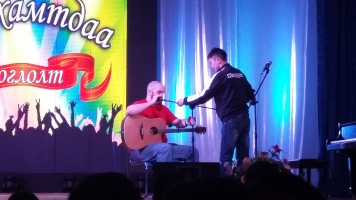 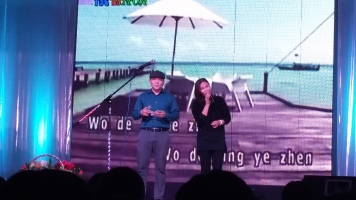 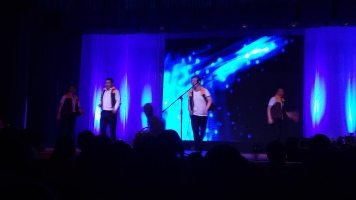 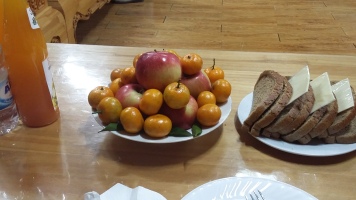 Hopefully, I can get a few more posts up in the next few weeks to try to catch up the blog!

Yes, it’s October, but believe it or not, we had two snows last month. The most recent one happened on the 30th. Since then, we’ve been dodging either lakes (a.k.a. “puddles”) or swamps (a.k.a. muddy places on the sidewalks) on our commute to and from work. There have been a few times when we’re walking alongside the road with a giant puddle next to us and whoever is walking last will yell, “Bus!” and we all scramble as far from the road as we can in panic lest we get doused. It’s actually pretty entertaining. 🙂

I took some photos on our way to work on the 30th, so you can see some of the snow remnants as well as some of the sights from our normal commute. The other two guys in the photos are Hugh, our co-teacher, and one of our students from school who occasionally walks with us if the buses are too full or late.

The camel caravan sculpture that showed up over the summer. 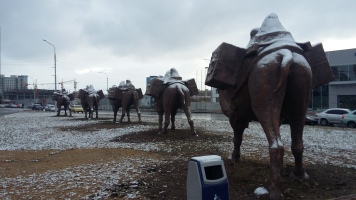 This is one of the main intersections we cross on our way to work.

I am actively doing all that I can to avoid getting sick this year, so once I started smelling coal smoke in the air, the face mask came out.

This is the winter palace of the Bogd Khan. It’s a museum now, and we pass it every day. We still want to go visit! 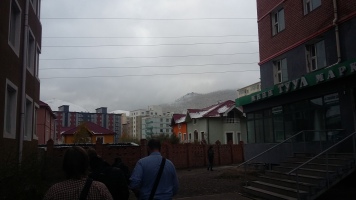 The last stretch of our commute goes through a few alleys. The mountains were especially lovely with the snow dusting!

We have started updating our “resources” pages and have several books listed. The helpful websites page will probably take more time to update because it will be quite an undertaking. The internet is a font of helpful information!

Eric being a goober. 🙂 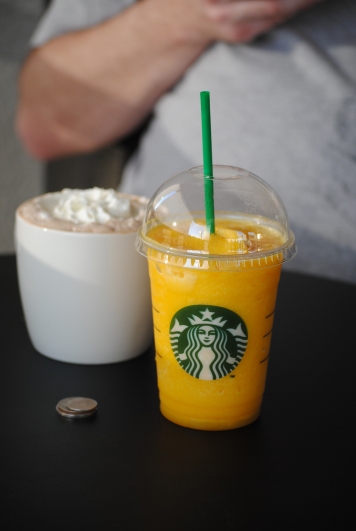 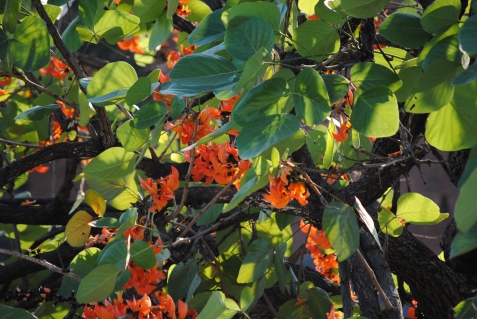 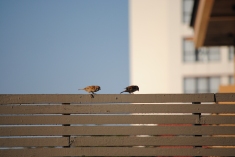 Sparrows on the Starbucks terrace

One of the gates in Chiang Mai

fish in a canal 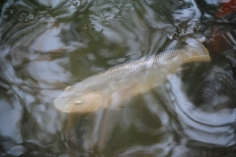 one of many wats

Orchids! There are so many beautiful flowers in Chiang Mai. 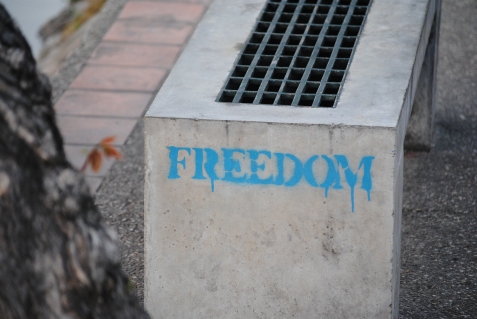 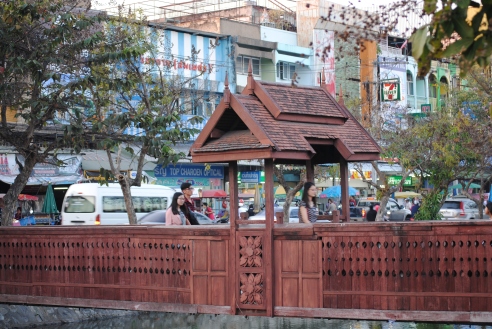 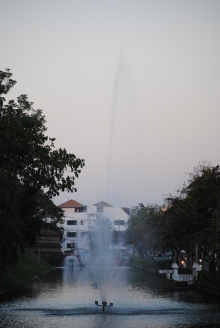 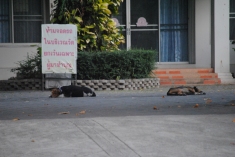 Dogs sleeping in a wat compound.

As we take more photos, I’ll upload more picture posts to highlight some of what we see and do here in Thailand. 🙂