Beginning at the spring equinox and continuing for several days after, the Kazakh people of Mongolia celebrate Nauryz alongside many of their Turkic and Persian peers. The holiday is the start of the new year according to the Persian calendar, so in some ways can be likened to the holiday Tsagaan Sar that is celebrated throughout the rest of the country. In the video below, you can get an idea of what a family gathering during Nauryz is like.

A few things I’d like to highlight about the video above:

The men and women are wearing traditional garb here. The embroidery on their clothing is a Kazakh style that is used to decorate not only clothing but household items as well. Because the vast majority of Kazakhs are practicing Muslims, you’ll also see head coverings for men and women both.

Similar to other Mongolian ethnic groups, meat is an important element of celebrations, although one of my Kazakh friends told me that they don’t eat meat as much as the rest of Mongolia. You’ll also note the typical spread of fruits (fresh and dried), nuts, candies, pastries, and I even spotted niislel salat (I think). Of course milk tea is served. ^_^ The soup served towards the end of the video is what I’ve heard the most about from my expat friends who lived and worked in western Mongolia. It sounded really yummy to me!

Near the very end of the video, the videographer zoomed in on medals that members of this family wore. I believe this is something of a carryover from Mongolia’s time as a satellite nation of the USSR. Medals were given out to productive members of society to show their contributions. Some accomplishments that could earn you a medal would be as an excellent herder or for having x-number of children. Today, mothers who have four or more children still receive a medal in recognition. Medals are still awarded to recognize professional and academic achievements, and usually, when one dresses for festivals such as Nauryz or Tsagaan Sar, it is normal to also sport these earned medals.

I hope this helps explain the video a bit further! Happy spring equinox and happy Nauryz! 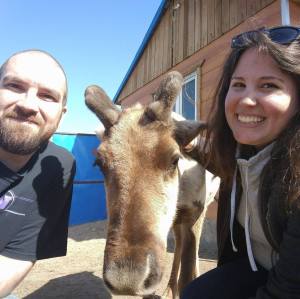 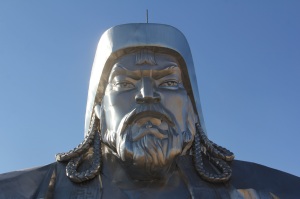